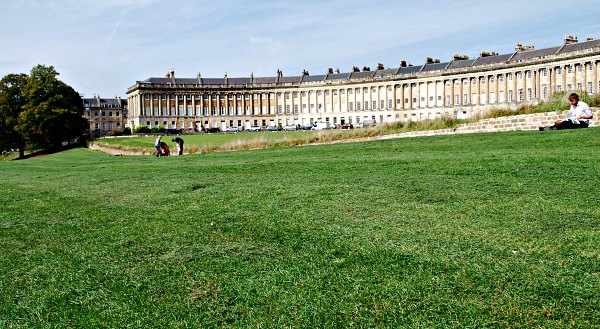 This crescent shaped row of houses are the most exclusive in Bath. There are only 30 of them, but they are seen as amongst the greatest examples of Georgian town house architecture. They were designed by architect John Wood the Younger who with his father pioneered the re-development of Bath as you see it today. One of the houses is an exclusive hotel, and No 1 is a museum but most are still family homes or apartments. Inside the No 1 Royal Crescent Museum, the house has been restored and laid out as it would have been in the late 1700s when a ‘gentleman’ called Henry Sandford lived here. The Royal Crescent is just a short walk from the Circus via Brock Street which is also very attractive. This is an extract from our free Bath City Guide.

When you arrive at the Royal Crescent, take a walk along the wide footpath in front of the houses. This was designed specifically so that ladies who were promenading in large dresses could walk past each other. Many notable people have lived or stayed in this street, so look out for information plaques on the front of some of the houses. You’ll also notice just how perfect the lawned area in front of the houses is. This was all part of the view that John Wood the Younger wanted the houses to have overlooking the Royal Victoria Park. However, there was a need to separate the lawn from the park so that grazing cattle could not cross, so if you look closely you’ll find a ‘ha-ha’along the border. We’d also recommend walking around the rear of the Royal Crescent. Here you’ll see beautiful carriage houses, many of which have been turned into homes now. 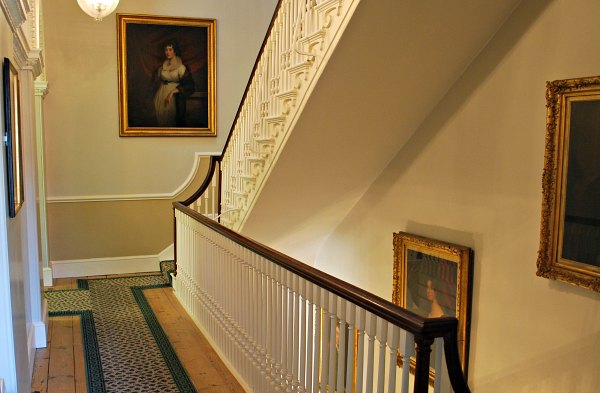 It’s definitely worth visiting No1 Royal Crescent for a taste of how the rich used to live in Bath. A vast sum of money was spent bringing the house back to how it would have been including decoration and furnishings. We particularly liked the emphasis on ‘downstairs’ as well as ‘upstairs’ so you see how life was for both the servants and gentleman of the house. You’ll see Henry Sandford’s bedroom with it’s superb view over the Royal Crescent, a fascinating ‘cabinet of curiosities’ packed with bizarre natural history specimens and the gentleman’s retreat with scientific gadgets of the day. You’ll also see the simple kitchen, the scullery and the servants hall. To be honest we’d have like to see more of the house though. What would the servant’s bedrooms have been like for instance? That entire floor is off-limits. Also 2 of the most prestigious rooms with stunning views over Bath are used as offices for the Bath Preservation Trust. Surely there were other rooms they could have used for that? 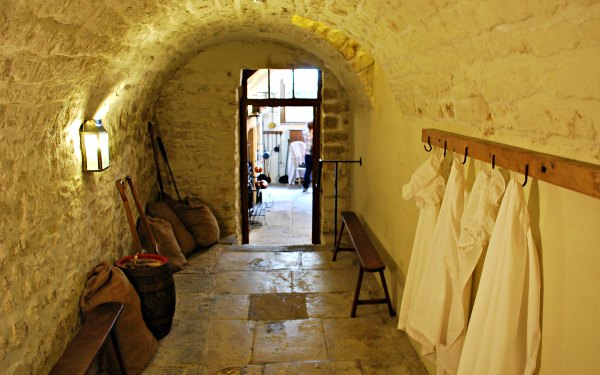 If you struggle with hills, or just don’t want to walk to the Royal Crescent, we’d recommend the Bath Hop-on, Hop-off Bus Tour which stops right outside. It also takes you to all of the other significant locations in the city with an informative commentary along the way.

MORE ON THE ROYAL CRESCENT