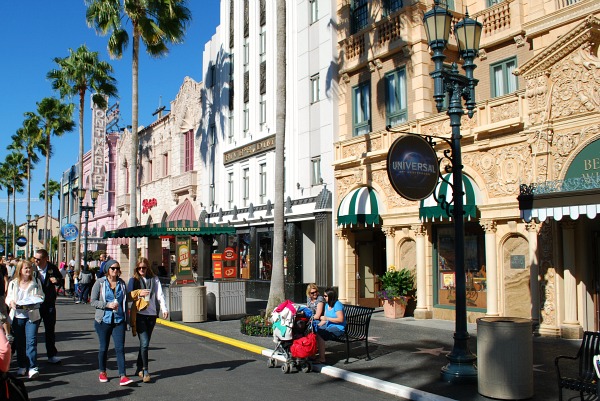 If you love rides, then this is the place for you. Dominating the skyline wherever you are in the park is the Hollywood Rip Ride Rockit roller coaster which is great fun. It’s a long ride from a great height and you’re winched up to the start vertically, rather than on a slope. It’s the only ride in the park that isn’t really based on a movie. Nearby is Minion Mayhem based on the movie Despicable Me which puts you in training to be one of the yellow creatures featured in the film. Everyone in our party, from the children to the grandparents, loved it! Shrek 4D places you in a cinema where the seats aren’t just seats, Men in Black gives you the chance to zap aliens for points, The Mummy Returns is an indoor roller coaster with added fire and Twister gives you the chance to experience a tornado. One of the attractions we really liked was the Disaster Ride which casts you as an extra in a disaster movie. Various scenes are shot before you enter the set involving a New York subway train and after the disaster you get to watch the whole thing back on TV screens. 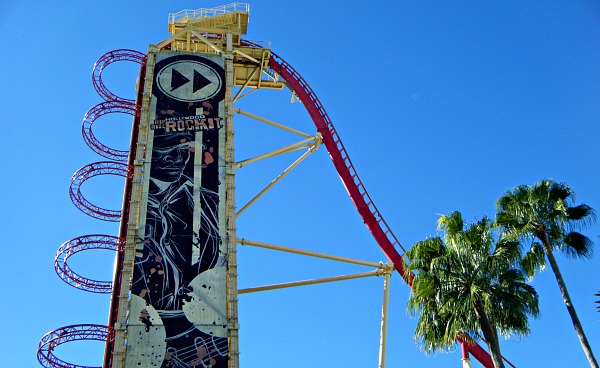 If you want to go on the Hollywood Rip Ride Rockit (pictured above), then call in early as the line is usually short at the start of the day. It’s great fun and the view from the top over both Universal parks is terrific. It’s actually quite a smooth ride and a nice touch is the ability to select your own music for your journey.

Other rides to look out for include the Simpsons ride which places you in a ‘car’ which is positioned in front of a giant screen …although it made us all feel a bit dizzy! Also a classic ride to enjoy is the ET Adventure, which tells the story from the classic film by placing you on a flying bike. It’s a lovely ride and the whole family enjoyed it, even if it looks a little dated these days. 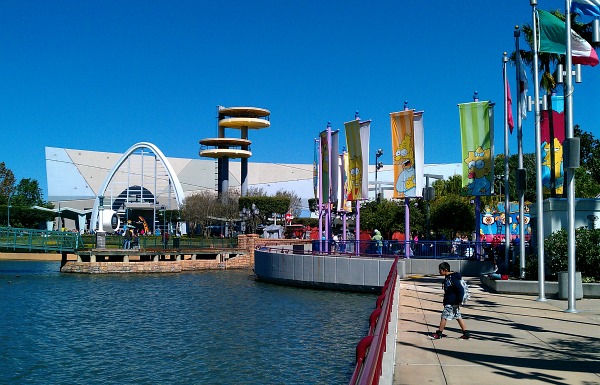 If you’re a fan of the Terminator movies, then call into Terminator 2: 3D which is a show/experience based on a visit to Cyberdyne Systems, the fictitious computer company which built Skynet. The build up to the show is really well done and you feel like you’re inside a company headquarters. Inside the theatre, live action is mixed with 3D footage including the starts of Terminator 2.

To help find your way around, the park is split into several zones, some names after cities like New York and San Francisco and the architecture in each section fits the theme.  You won’t need more than a day at Universal Studios Orlando and we did miss the old Jaws ride that used to be here. 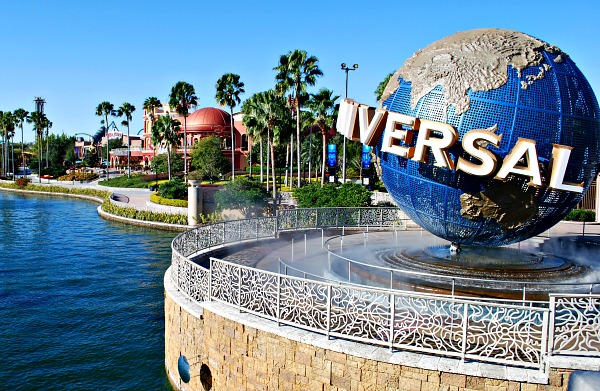 Universal Studios Orlando has various opening hours depending on the season but is typically open daily from 9am to 7pm. There are a range of ticket options, most popular are the ones that allow access to the other Universal park, Islands of Adventure. See all the options and latest prices here.

Universal Studios Florida is near to the I-4 and International Drive. Follow the signs to the multi-storey parking lots which are shared with Universal Islands of Adventure and Universal CityWalk.