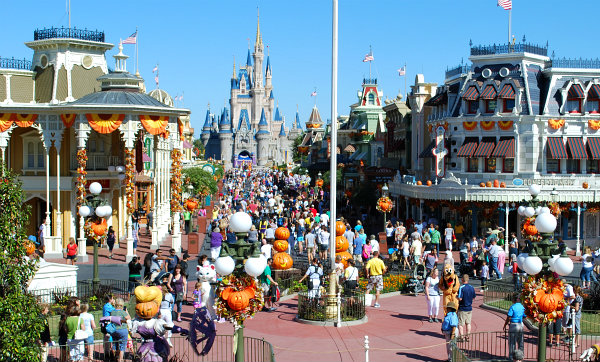 Walt Disney had a vision to build a bigger version of LA’s Disneyland on the other side of the USA. It opened in the early 1970s and is now the centerpiece of a huge Disney controlled area with a total of 4 theme parks, 2 water parks, numerous hotels, golf courses, spas and restaurants. The Magic Kingdom is still the must-visit park in Orlando and you’ll need at least a day to see it all and try out the rides and experiences. Inside the park, there are different ‘lands’ to explore all located around a huge version of Cinderella’s Castle. There really is something for everyone here, with fast roller coasters like the the Runaway Mine Train and Space Mountain, family rides like Pirates of the Caribbean and simple steamboat cruises on the mini lake. In our party of 7 people the ages ranged from 12 to 55 and we all felt that this was the best park. A couple of top tips. Firstly, don’t miss the parades because they’re a real spectacle and you’ll need to grab your place on the route around half an hour before. Secondly, make sure you use the FastPass system where you can get a pass at major attractions to skip the line later in the day. 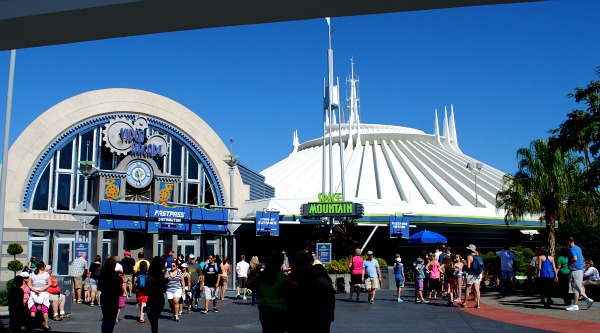 When you arrive for your day at the Magic Kingdom, you have to park at the Disney Transportation Centre from where you can choose to take either the free monorail or the free ferry across the lake to the park itself. The big thing that strikes you about everything at Disney is how well organised it all is, and even when they’re dealing with thousands of people all at once, the transportation is fairly smooth and trouble free. This extra journey helps to make the whole thing seem a bit more special somehow. When you enter the park, make sure you pick up a leaflet with all the times of shows and parades listed on it. This will help you plan your day better.

Everyone has their own tip for avoiding long queues, but we’d suggesting going straight to the opposite side of the park first and working back. We tend to do the Splash Mountain water ride first as that’s on the far side of the park and you’ll have plenty of time to dry off afterwards. You won’t get very wet on this ride anyway to be honest.

Fantasyland at the Magic Kingdom is currently being doubled in size with new castles and a Seven Dwarves Mine Train roller-coaster. This extension is due to be opened in 2014 although some parts are visible over the construction fences and it looks great! 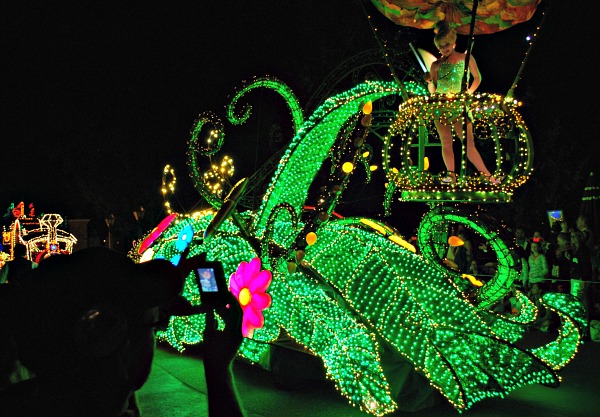 There are usually a number of different parades at the Magic Kingdom each day, several during daylight hours and then an “Electrical Parade” (pictured above) at night which ends shortly before the fireworks. To get a decent place on the parade route, don’t be too concerned about going all the way into Adventureland where fewer people choose to watch it. Also, don’t stand too close to the castle for the fireworks or you won’t really see them. The best location is about half way up Main Street USA and this is handy for the exit afterwards too. 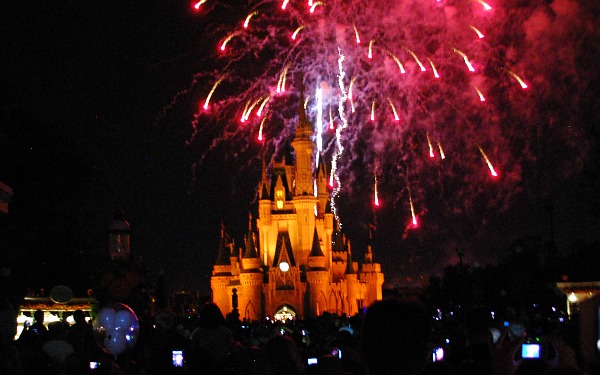 The Magic Kingdom has a range of opening hours depending on the time of year, but it normally opens at 9am, or sometimes at 8am and closes at 10pm on a night with fireworks, sometimes as late as 1am! Regular adult admission on the day is around $126 (2018 prices), but buying in advance or purchasing multi-day tickets can save you a lot of money. See the various ticket options with latest prices here. Also, see our pages on the other Disney Attractions in Orlando…
Disney’s Hollywood Studios
Disney’s Animal Kingdom
Disney’s Epcot
Disney’s Typhoon Lagoon Water Park
Disney’s Blizzard Beach Water Park

Walt Disney’s Magic Kingdom is well signed from the I-4 and World Drive, the main entrance road for Walt Disney World