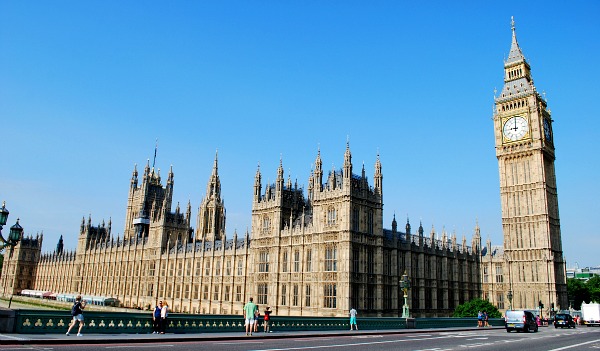 The UK Parliament building is one of the most recognised in the world, with the tower of Big Ben the most striking feature. Inside this huge building there are two debating chambers, the House of Lords and the House of Commons. The Commons is where the MPs sit and make laws which are then further discussed by the non-elected House of Lords. There are also MP’s offices inside, but the building across the road, Portcullis House, contains further offices. The whole complex is also known as “The Palace of Westminster” and you can get a real feel for the place by taking a tour. 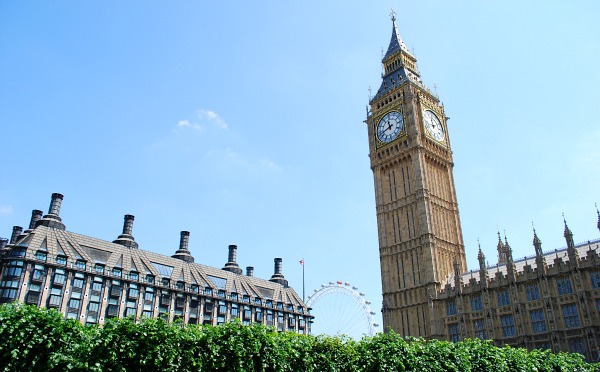 You can take either an audio tour or a guided tour with an informative ‘Blue Badge’ guides. We took the guided tour and we’d thoroughly recommend them. You’ll get to see most of the significant areas inside including the mark on the door made by Black Rod when the Queen visits parliament and the damage from bombing during World War 2. After you’ve been through security, you arrive in the historic Westminster Hall where the tours begin. 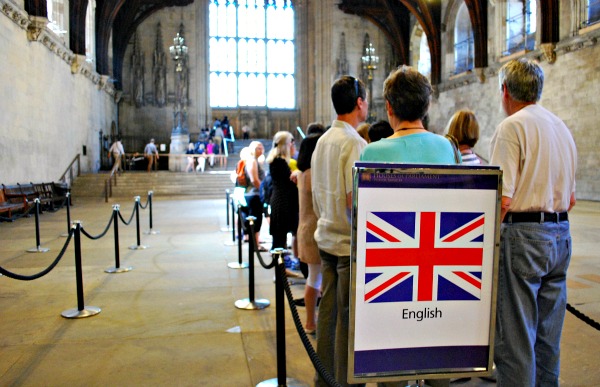 Your guide will then take your party through a series of rooms – all linked together which together make up the most significant areas of both houses of parliament. There’s the beautifully decorated Queen’s robing room, with paintings on the wall depicting the virtues a good ‘knight’ must have, the incredible Royal Gallery which is more like something from a stately home, the lobby areas where politicians meet and chat and most importantly the two debating chambers. If you’ve seen the two chambers on TV, they’ll look much smaller when you’re actually inside them! You’ll also find out about the impact that Queen Victoria’s husband Prince Albert had on the décor of the place, and you’ll see the voting corridors in the House of Commons where MP’s line up to be counted after a debate. 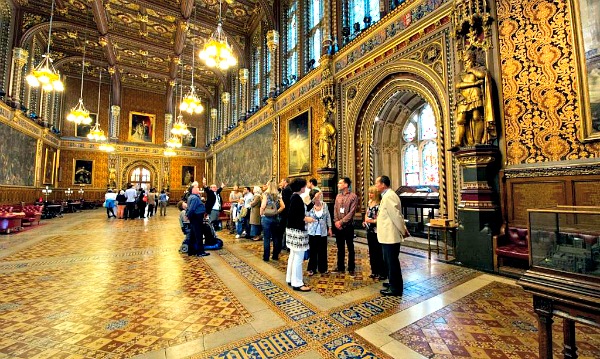 Your tour will end in Westminster Hall, which is the oldest part of the building and has seen some significant moments in history. There’s also a gift shop and a very nice café, which we were told you can also use if you’re visiting Parliament for other reasons like watching debates or attending a committee. Just tell the security staff where you’re going at the Cromwell Green entrance. Tours operate between 9.15am and 4.30pm on Saturdays and in parliamentary holidays. Adult guided tours cost is £25.50 (2016 prices) and we’d definitely recommend booking tours in advance through the Parliament website as they sell out very quickly! Audio tours are slightly cheaper at £18.50 (2016 prices). If you want to buy in person, head to the ticket office which is next to the Jewel Tower on St Margaret Street, roughly opposite the Cromwell Green entrance to parliament. You will need to allow up to half an hour before your tour to go through security. Parliamentary copyright images on this page are reproduced with the permission of Parliament. 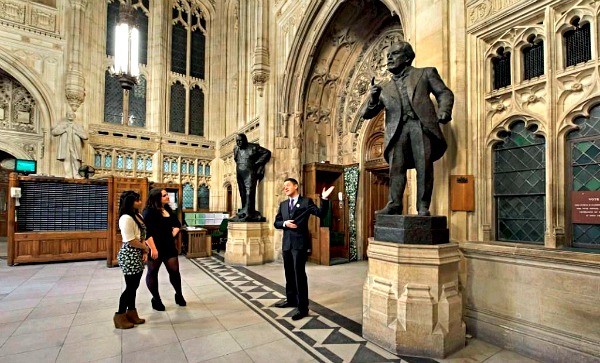 If you’re only interested in seeing the outside of the parliament building, you can get a more familiar view of the Houses of Parliament from Speaker’s Green on the Westminster Abbey side – this is where TV correspondents do their reports which are beamed all over the world. You can also see it and other London landmarks is by using the Hop-on Hop-off Bus Tour which always gets great reviews.

MORE ON THE HOUSES OF PARLIAMENT