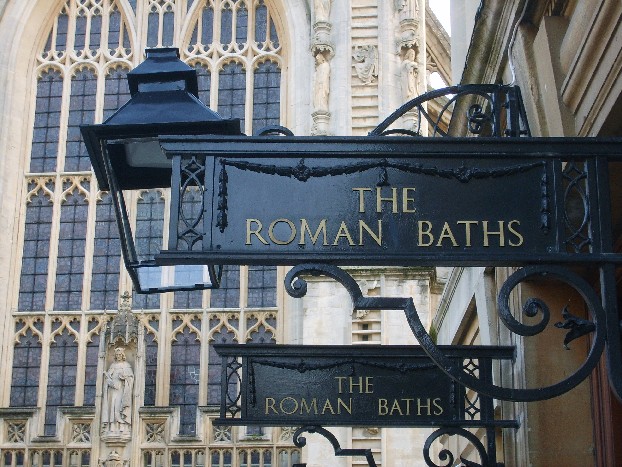 They’re much bigger on the inside than you’d think. What looks like an un-assuming historic building from the outside, opens up into a labyrinth of pools and rooms spreading beneath the surrounding streets. We thought it was fantastic and although you can’t bathe in the water here any more, you get a real sense of what the place was actually like in Roman and Georgian times. The story of how the baths were discovered again after being partially destroyed and built upon is also fascinating. You’ll also get to see some amazing artefacts that have been recovered from the site. 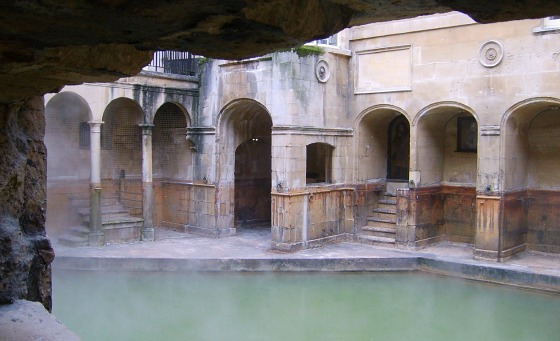 When you arrive at the Roman Baths, you’ll need to join the line to pay and collect your free audio guide. Make sure you have a look around though in this entrance hall, because it is a truly beautiful ballroom. You can imagine how busy it would have been in the times of Jane Austen when visiting this complex was a key part of society life. After this hall, you go straight out onto the balcony which goes all around the top of the large pool of the baths. The balcony wall is lined with statues standing guard and you’ll want to spend a while here taking it all in. One of the first things that you’ll notice is that you’re at street level, but the baths are a full story lower down. Next you head back inside the Georgian building and down a flight of stairs to learn about the Roman origins of this site. 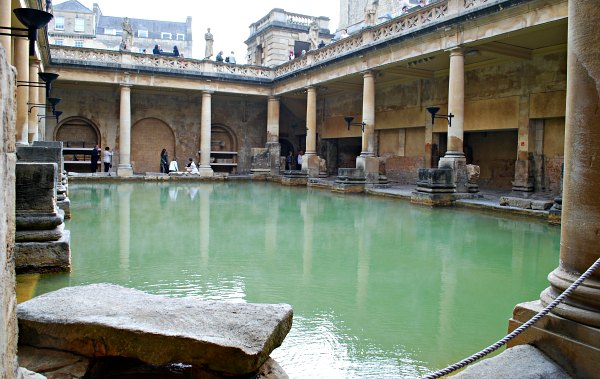 This section of the attraction is the ‘museum’ part really, but it’s not just carved stones in glass cases. There’s a real story to tell about how the baths were considered in Roman times and just how big the site was. There was even a temple here and some of the carved stones which formed it have been re-discovered. You also get to see some of the Roman water works too, like the drain which sends overflowing water from the hot spring into the nearby river. Make sure you use the audio-guide because it really does enhance your understanding of what you’re seeing. After this, you’ll walk around the main pool, but the baths don’t end there. Inside doorways at each end, there are further Roman pools, changing areas, hot rooms etc. You can get to see into yet another hot pool too, which is classically designed. Finally, there’s a chance to taste the spring water before you leave. To be honest, it’s not particularly pleasant, but you have to say you’ve done it! 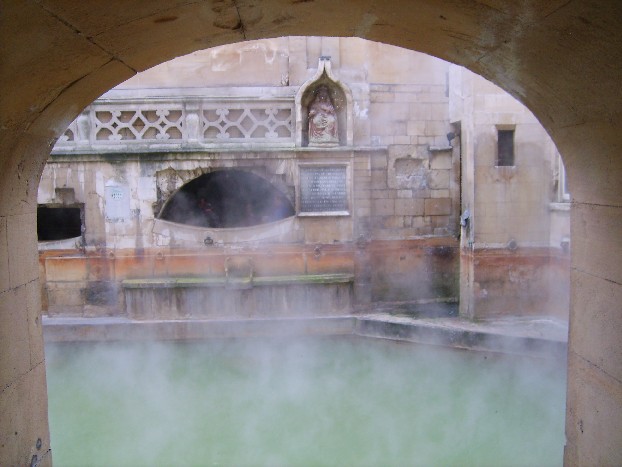 It’s difficult to overstate how impressive this place is. For us it is, without doubt, one of the best visitor attractions in the UK. We’re sure you’ll love it too!

The Roman Baths are open daily except 25th and 26th December from 9am in the summer and from 9.30am in the winter. The attraction closes at 5.30pm in the winter, 6pm in the autumn and spring and 10pm in July & August. Adult admission is £13.50 but this rises to £14 in peak season of July & August (2014 prices). A joint ticket with the Fashion Museum is available which will save you money if you plan to visit both attractions. See our Fashion Museum page for more.

The Roman Baths are located in the historic Abbey Church Yard right in the centre of Bath. The Hop on, Hop off Bus Tour stops right by the Abbey which is next to the Baths.

MORE ON THE ROMAN BATHS