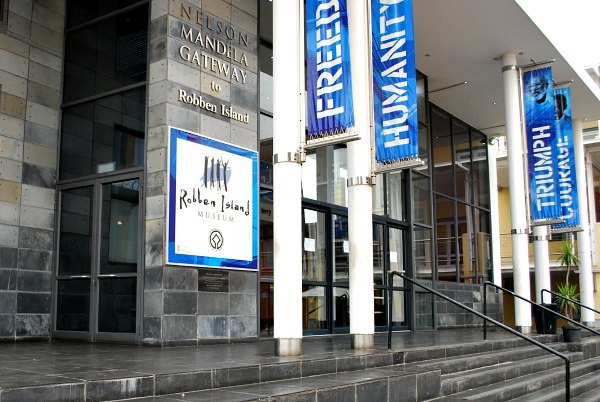 Robben Island sits just off the coast of Cape Town and is most famous as the home of one of South Africa’s best known prisons. It was here that Nelson Mandela and other political prisoners were held during the apartheid era. Today the prison has become a visitor attraction, where tours are led by former political prisoners. This place is a reminder of the past, but it also became a catalyst for huge change in South Africa. Don’t miss the opportunity to visit and find out about the vital role it played. 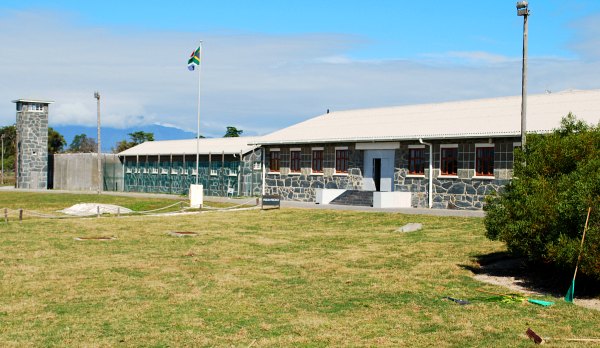 As soon as you arrive at the harbour on Robben Island, you are shown to a coach for the first part of your tour. The tour guide will explain more about the history of the island and the coach will pause at significant locations like a large World War 2 gun, the island’s church, the village where prison workers lived (this is now inhabited by museum workers) and the quarry where political prisoners like Nelson Mandela worked. Our guide did not want us to under-estimate the importance of the quarry as this is where the political prisoners formulated plans for the future. The only place that the bus stops to allow you to get off is the gift shop and toilets, where there is a terrific view of Cape Town on a clear day. 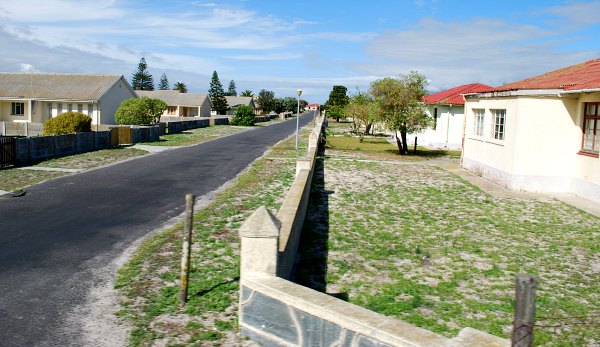 The next stage of the tour is on foot at the prison in the company of a former political prisoner. Our guide had spent several years in the prison when Nelson Mandela was held there but had never seen him. You will see inside the communal areas of the prison, like cell rooms, wash-rooms and toilets and the daily life of a prisoner is outlined for you. Afterwards, you will see the exercise area where Nelson Mandela and other senior ANC members spent time before filing past his cell (pictured below). For his preparation for the film “The Long Road To Freedom”, Hollywood star Idris Elba spent two nights sleeping in the cell. You then walk back to the harbour to catch your boat home. 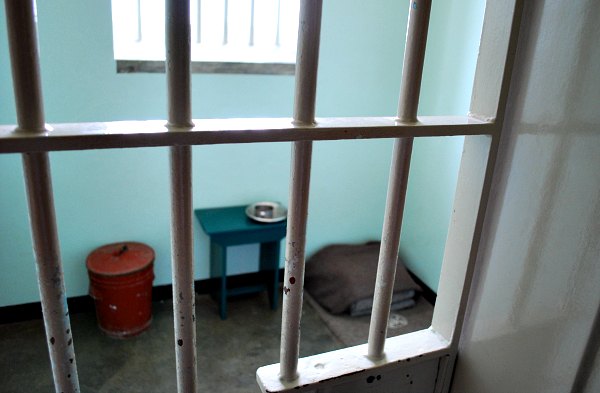 We found the trip to be a moving experience and it gave us a better understanding of the political struggle for freedom. What the tour lacks is making the most of the island. We’d have liked to have got off the bus at places like the WW2 gun or to have a look around the church.

The 40 minute boat trips to Robben Island are much sought after and at many times of the year you will need to book ahead to guarantee your crossing which typically take place at 9am, 11am, 1pm and 3pm. Adult tickets cost 300 Rand (2016 prices) and bear in mind that the boat crossings can be cancelled in bad weather.

The Robben Island harbour gateway is at the V&A Waterfront right by the historic clock tower. The Cape Town Hop-on, Hop-off Bus Tour stops at the water front.