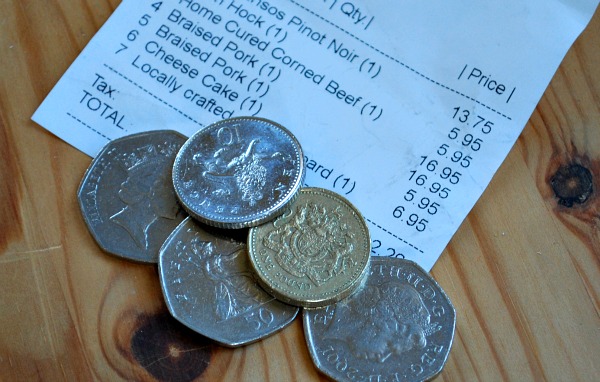 In the UK, tipping is very much optional but there are a number of things to bear in mind when people serve you and leaving a gratuity is becoming much more common place than it used to be to recognise good service. Here’s our guide on when to tip and who to tip…

Restaurants – First, check your bill as sometimes a gratuity is added automatically, especially if you’re dining in a group. It will usually say on the menu if a gratuity will be automatically added. Most restaurants don’t do this as many British people don’t like it. Brits like to feel it’s up to them when to leave a tip and how much to leave. Generally tips are only left when service has been good unless you’re in a fine dining restaurant. For ordinary restaurants and food chains, it’s normal to leave £2 or £3 for a meal for two to show appreciation, but it would be rare to leave something as sizeable as 15% unless the service was absolutely outstanding or you were forced to because the restaurant added it on to the bill! You can add the tip to the credit card bill if you wish, but bear in mind that some establishments don’t hand over all credit card tips to staff. When we leave a tip, we prefer to do it in cash and leave it on the table as we leave. There is no need to tip in most dining pubs but rounding up the bill to the nearest pound is appreciated.

Bars and Public Houses – There is generally no need to tip, unless you want to.

Taxi Cabs – Taxi drivers don’t expect a tip, but appreciate an extra £1 or £2 if you feel you want to.

Hotels – Porters who bring luggage to your room usually appreciate a small tip of 50p or £1 per bag, but as with most tipping in Britain, it’s very much up to you. In general Brits don’t tip them, but foreigners do.

Others – As with any country, think about the people who serve you and whether you should tip them. In general in the UK, people don’t tip unless the service is very good and even then it’s only a small token, not a large percentage of the bill.

MORE ON THE UK